Jose Robles was taken into custody by Immigration and Customs Enforcement (ICE) officials last month after living in Gethsemane Lutheran Church for over a year, seeking sanctuary from deportation. He had moved to the United States almost 20 years ago, started a small business with his brother in Lakewood, WA and established ties in his community with his family. When he was assaulted at gunpoint during a violent crime last year, Jose came forward and gave his testimony to Lakewood police; in return for his help, Lakewood officials denied his application for a U-1 visa, which is reserved for victims of violent crimes – the same kind of violent crime that Jose had assisted the police in their investigations. So what comes next for Jose Robles and his family?

When Jose agreed to meet with ICE officials on July 17th, he knew that he would most likely be detained. He had not left Gethsemane Church in 384 days and needed medical attention, and had been granted a temporary stay by the 9th Circuit Court of Appeals that would last until the end of July. Since then, Jose was granted a bond hearing for August 13th and his U-visa application was expedited so that it can be reviewed by US Citizenship and Immigration Services (USCIS).

Read Part One: “And There Was No One Left to Speak for Me”

This morning at 8 AM, Jose Robles met with a judge in the Northwest Detention Center in Tacoma to discuss his bond hearing. It was denied. According to Colectiva Legal de Pueblo, a migrant justice advocate group based in Burien, the judge denied his appeal because “Jose has not been in detention long enough.” On April 15th earlier this year, federal judge Marsha Pechman ruled that individuals with asylum claims must be provided with a bond hearing with an immigration judge within 7 days of their request, or be released. This is because detainment takes a huge toll on those in custody. Trina Reamulto, directing attorney at the American Immigration Council, says, “The court’s decision recognizes the physical and psychological suffering that asylum seekers have been forced to endure for weeks and months as they await bond hearings.”

If Jose was detained on July 17th and his bond hearing was held 27 days later, during which time he was in custody, how can the judge deny his claim and say he has not spent enough time in detention? How much longer will Jose have to endure being separated from his family before a judge decides that enough is enough? 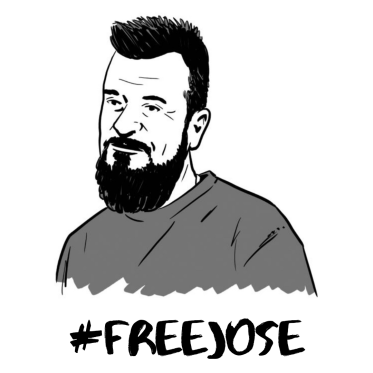 All over the country, ICE agents are raiding homes and businesses, separating families and spreading fear. On August 7th, ICE officials raided seven food processing plants, primarily owned by Koch Foods, across Mississippi and arrested 680 workers – the largest single-state immigration raid in US history. Many of the workers who were taken had just arrived at work after dropping their kids off for the first day of school. ICE spokesman Bryan Cox told the Washington Post that they had given the schools a head up that some of the parents would be detained and not able to pick up their children after school. However, more than 24 hours after the initial arrests, ICE still had not contacted the Mississippi Department of Child Protective Services.

The day after the raids, 300 of those 680 individuals arrested were released from custody. According to an ICE press release from August 8th, “all those detained yesterday were asked when they arrived at the processing center whether they had any children who were at school or child care and needed to be picked up.” If a couple was detained with minor children at home, one of them would be released on “humanitarian grounds.” What exactly is “humanitarian” about children sick with fear, watching their parents forced onto a bus by armed officials, unsure whether they will see them again?

Alex Love, a reporter with WJTV, says that “Children relied on neighbors and strangers to pick them up outside their homes after school. They drove the children to a community center where people tried to keep them calm. But many kids could not stop crying for mom and dad.” One of the ICE agents at the Koch Foods plant in Morris, MS told a 12-year-old girl that her mother won’t be deported and would be released that same day because she has a child who is a United States citizen; however, more than 24 hours after the mother was detained, she still had not been released.

A spokesperson from ICE said that the Koch Foods raids were part of an investigation into illegal employment in Mississippi, specifically at agricultural processing plants. This is certainly not the first time Koch Foods has come under fire for unethical workplace conduct: in 2012, the US Equal Employment Opportunity Commission brought a lawsuit against Koch for worker harassment and racial discrimination at the same Morton plant that was raided in August – Koch settled out of court in 2018 for more than $3 million. Before that, the US Department of Agriculture found evidence that Koch Foods was discriminating against black farmers in Mississippi between 2009 and 2015.

If the ICE raids are indeed focused on cracking down on illegal employment, why are the employees being punished and not the companies who hire them? The companies are taking advantage of their workers by underpaying them, harassing them and creating an unsafe work environments, which the workers endure to help provide for their families. And when ICE comes and takes hundreds of them away, the company will simply hire more without sparing a thought for the lives they have disrupted. Considering that Koch Foods announced an $80 million plant expansion in Gadsden, AL last year, it doesn’t seem like a $3M court settlement will leave a lasting impression on their bottom line.