“The Talented Mr. Ripley” is the 1955 psychological thriller by American author Patricia Highsmith. This is only the first book featuring the character of Tom Ripley; the author went on to write a series of four more crime novels between 1970 and 1991 which are collectively known as the ‘Ripliad.’ The book was made into a 1999 psychological thriller that was directed by Anthony Minghella, and starred Matt Damon, Jude Law and Gwyneth Paltrow.

Tom Ripley is a memorable protagonist because he is a horrible person. He uses the people in his life for money and influence, and moves onto the next when they can no longer offer him anything. His entire life revolves around playing a role of someone else entirely, and the book even refers to Tom’s original personality as a character: “It was a good idea to practice jumping into his own character again… it was strangely easy to forget the exact timbre of Tom Ripley’s voice.”

Dickie Greenleaf represents the life Tom covets: wealthy parents who have many business and social connections, a home in a bustling metropolitan city, an easy life without having to worry about money – everything Tom never had growing up with his callous Aunt Dottie. Tom’s moods are entirely dependent on the progress of his mission to bring Dickie home to his parents; when their friendship cools, Tom is despondent and self-loathing because he believes he has failed Mr. Greenleaf and will have to return to his unremarkable life in America. Unlike any well-adjusted person, Tom decides that the only way to continue living this glamorous carefree life is to kill Dickie and claim his identity. “But absolutely nothing would happen to him, if he could keep on doing and saying the right things to everybody.”

Tom Ripley is constantly chasing his ideal life and will do anything to keep it. He is self-absorbed, has many defining traits of a sociopath, and personal relationship don’t matter; has no problem leaving everything behind if he thinks he can move upwards in the world. “He was starting a new life. Good-bye to all the second-rate people he had hung around and had let hang around him… A clean slate!” The book is loosely based on a 1903 Henry James novel, “The Ambassadors,” where a man travels to Paris to bring home his wealthy fiancée’s son; in fact, Tom Ripley tries to read the novel at the beginning of his journey to Europe.

In the movie, Mr. Greenleaf is mistaken about Tom Ripley’s identity from the very start – Tom is a pianist filling in for a friend and borrowing his Princeton jacket. In the book, Tom and Dickie are actually acquaintances and have met before, although they weren’t as familiar as Tom led Mr. Greenleaf to believe. Of course the movie invents new characters and adds romance where previously there was none: between Dickie and Marge, between Dickie and some Italian woman, between Tom and an American woman, between Marge and some English man, even between Tom and the same English man.

The Tom Ripley in the books is calm and calculating to the outside observer; he has a plan and never loses control. He works to escape his unimportant life, to be independently wealthy and in the good graces of all the important people he has met along the way. Although the two endings are fundamentally the same, the book is elegant and neat, and the protagonist is likable enough to carry several more books.

On the other hand, the movie Tom Ripley is panicky and reactive, making foolish mistakes and divulging suspicious secrets to those around him. The movie adds a dramatic suicide note, a bribe from Mr. Greenleaf for Tom to keep his mouth shut, and a few other incredibly convenient plot points that the original text didn’t rely on. Movie Tom is not as clever as Book Tom, which entirely removes the psychological game of police pursuit that Highsmith has carefully laid out. Tom sails away, ostensibly with everything he has ever wanted, but he is still unsatisfied and trapped with his own insecurities. 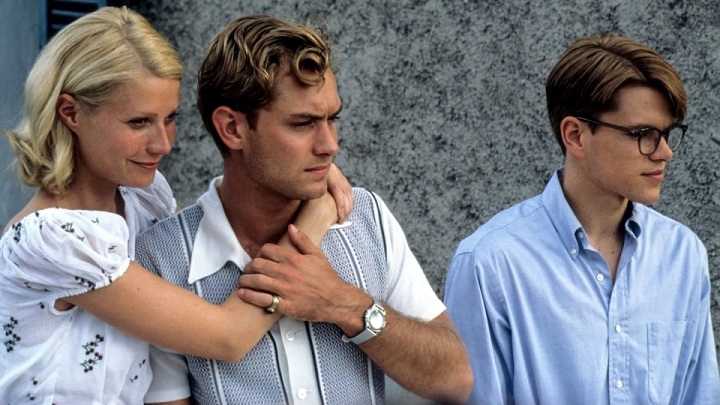 The film has won the following awards:

Want more content about literature? Check out this recipe for Lembas Bread from J.R.R. Tolkien’s Lord of the Rings series.