“Go Tell It On the Mountain” is the 1953 semi-autobiographical novel by American author James Baldwin. The book is a coming of age story about a black boy growing up in the 1930’s during the Harlem Renaissance, and struggling with themes like religion, family, guilt and sin. The book was adapted into a made-for-television movie by the PBS in 1984 that was directed by Stan Lathan and starred Paul Winfield.

Baldwin’s book is structured in three separate parts: the first and third parts are told from the perspective of John Grimes on his fourteenth birthday, while the middle section provides the reader with background context through the eyes of John’s father, mother and aunt. John’s father Gabriel is the master of the household and the embodiment of Pentecostal austerity, and John cannot understand why his father does not love him. John is torn between desperately wanting Gabriel’s approval and hating him. “He did not want to love his father; he wanted to hate him, to give his hatred words one day… Somewhere, in all this whirlwind, in the darkness of his heart, in the storm – was something – something he must find.”

The reader learns that the reason that John is disliked so by his father is that Gabriel is actually his step-father, who relinquished his life of sin and turned to religion when he believed God promised him a holy son in a dream: “The son that God had promised him, who would carry down the joyful line his father’s name… For God had promised him this so many years ago, and he had lived only for this.” John is conflicted by his need to be saved and gain the approval of Gabriel, and rejecting his confining religion in favor of going out and exploring the world.

The Biblical imagery that Baldwin uses draws parallels between Noah’s son Ham and the Black experience. After seeing his father’s nakedness, Ham is cursed to a life of servitude – this “justification” was one of the main arguments used to support American slavery. John also sees his father’s nakedness, or in this case, his flawed true self. He wonders if all Black people carry the same curse as Ham, but realizes that it is all human beings who are doomed to suffer through life: “Could a curse come down so many ages? Did it live in time, or in the moment?… Then John knew that a curse was renewed from moment to moment, from father to son. Time was indifferent, like snow and ice; but the heart, crazed wanderer in the driving waste, carried the curse forever.”

This 36-year-old TV movie was a bit harder to find than a movie produced by Netflix, but I’m very glad I did because it’s a great adaptation and much of the dialogue comes directly from the original text. The film is structured the same as the book, with John’s narrative at the beginning and end and past context in the middle; the movie even jumps between timelines like the novel does. In fact, James Baldwin said in a 1985 interview, “I am very, very happy about it. It did not betray the book.”

Most of the important symbolism and themes are carried over from the book, such as a young Gabriel’s salvation by the tree, how he is haunted by the death of his first son Royal and his distrust of white people. The tension between John and his father is palpable, as well as John’s confusion and resentment because of it. “‘Mountain’ is the book I had to write if I was ever going to write anything else,” Baldwin said. “I had to deal with what hurt me most. I had to deal, above all, with my father.”

Of course there were some differences between the book and the movie adaptation, but nothing that completely derailed the author’s original ideas except for the very end. In the book, although John is saved, even that is not enough to win his religious father’s love; the reader knows that it will never happen because of Gabriel’s past that he can’t let go of. In the movie, John’s father realizes the torment he is responsible for within his own family and tried to make amends – changing the entire mood, in my opinion. But of course the author’s thoughts on the film adaptation carry more weight than my opinion. ”I was John once, in some way, and the actor who plays John is very accurate,” said Baldwin. “I cannot say by the time I wrote the book that I was John. It’s the me that was me once. But I suppose that did determine my life.” 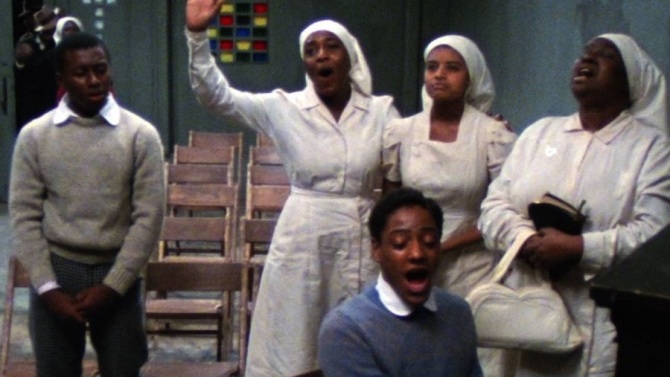 Want more content about books? Click here to see when I read 52 different books in a year and wrote haiku reviews.