I admit, I love watching cooking videos and gifs. Everything is already prepped and ready to assemble – it looks so easy and elegant! Although I’ve used the videos for inspiration, I’ve never actually followed a recipe through to completion. So when my friend posted this Tastemade video for a chocolate caramel crepe cake, of course I had to make it but I also had to enlist some help. I’ve never made crêpes before, I’ve never made caramel from scratch, and I’ve never made a cake with more than 2 layers – so this covers a lot of new territory for me. What could go wrong? 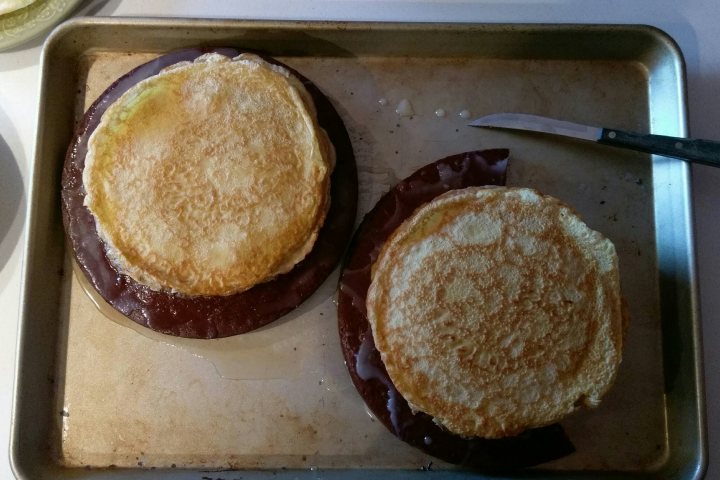 This is easily one of the most ambitious cooking projects I’ve ever undertaken, and can be divided into four separate parts: the chocolate cake layers, chocolate frosting, crêpes and caramel sauce. The first thing I noticed as I was going over the recipe is the sheer volume of ingredients: the crêpes need nearly a dozen eggs, the frosting requires more than 5 cups of powdered sugar, and the entire project calls for just over 7 cups of flour. 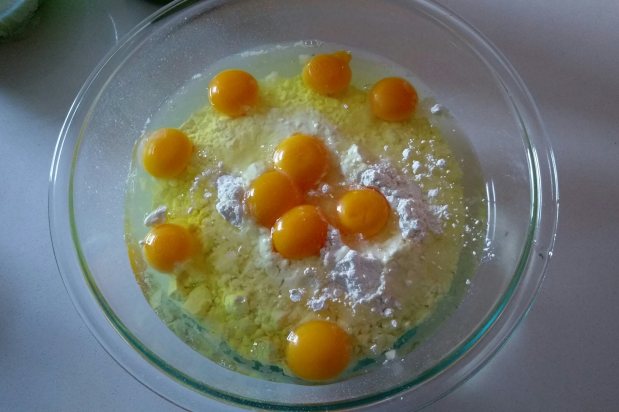 The cakes and the caramel need time to cool down after baking, so I made them the night before and stored them in the fridge. I used 3 different round pans (pyrex, spring form and aluminum) because I only had one and needed to borrow the other two. The cake layers turned out flatter and denser than I expected, but at least they were all uniformly flat. I even reread the recipe to be certain that it wasn’t user error, like assuming the recipe was for all three cakes but still needing to make two more. But that was only the beginning of a series of things going sideways.

“There’s no metaphysics on earth like chocolates.” – Fernando Pessoa 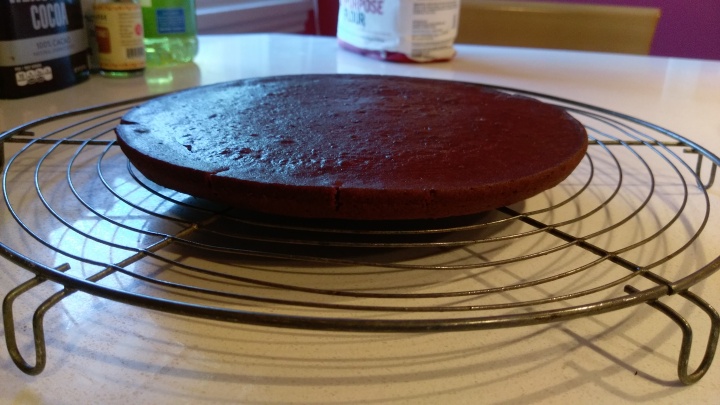 Because the cakes weren’t as fluffy as anticipated, so the cake-to-crêpe ratio from the video was reversed. The crêpes were maybe a little too thick, and they had a significantly smaller diameter than the cake layers. I didn’t cook the caramel long enough so it didn’t solidify when it was refrigerated. And it seemed like the never-ending bowl of crêpe batter would make way more crêpes than the cake could support. We started to realize all of these things combined meant that the cake layers wouldn’t be structurally stable, so we decided to just toss out the recipe and use our best judgement. 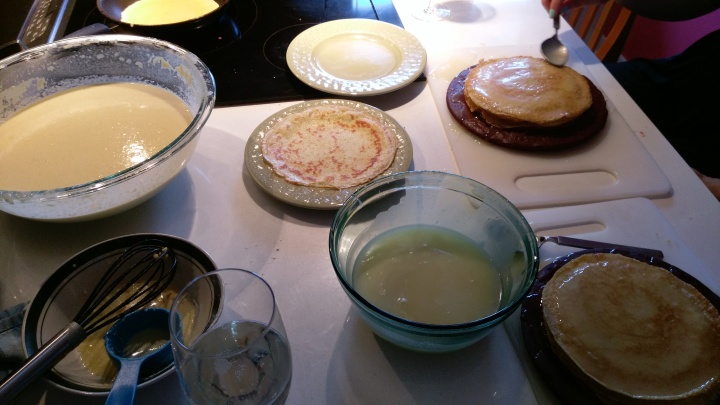 In the end, we trimmed the cakes to match the diameter of the crêpes, and we only used about 10 crêpes in each layer instead of 15. The outcome was a bit smaller than in the original video, and you need a good sharp knife to cut through the dense cake layers and crepes. But the cake stood tall, and it was delicious. I learned that I’m pretty good at making crêpes, and we used the remaining batter to make savory crepes for dinner. Because of all the time and effort that went into this cake, I would make it in the future but only if there were enough people to eat the entire thing in one sitting – the leftovers weren’t quite the same.

Although following the recipe is important, sometimes you just need to reevaluate and make a few changes to get the end result you want.