“Native Son,” written by American author Richard Wright, was published in 1940. Wright’s published works of revolutionary poetry, novels and short stories have elevated him alongside other African American icons of literature such as James Baldwin, Ralph Ellison and Langston Hughes. “Native Son” has been adapted for the screen several times, most recently the 2019 version for HBO that is a directorial debut from Rashid Johnson.

“Native Son” was one of the earliest successful attempts to explain the racial divide in America in terms of the social conditions imposed on African Americans by the dominant white society. The story follows Bigger Thomas, a young man in Chicago who is paralyzed by fear and resentful of the limited choices he has for his future. “It made him live again in that hard and sharp consciousness of his color and feel the shame and fear that went with it, and at the same time it made him hate himself for feeling it.” Wright carefully outlines all of the systemic ways that that the cards are stacked against Black people of the 1940’s and the mental impact it has on an entire race of people over time: “Taken collectively, a separate nation, stunted, stripped, and held captive within this nation, devoid of political, social, economic, and property rights.”

Bigger Thomas is on trial for murder at the climax of the book. A lawyer, Boris Max, has volunteered to represent him because he understand’s Bigger’s predicament and the innate privilege that comes from being white: “A man’s life is at stake. And not only is this man a criminal, but he is a black criminal. And as such, he comes into this court under a handicap, notwithstanding our pretensions that all are equal before the law.” Mr. Max is himself a Communist and a Jew, and is accustomed to being vilified by society. The author uses Mr. Max, his conversations with Bigger and his 15-page testimony to frame the injustice that millions of African Americans face every day. He treats Bigger as a man instead of a murdering beast for the first time, by simply listening and recognizing his humanity. Although Bigger is ultimately sentenced to death, his eyes are opened to the systems in place that are keeping him from realizing his true potential.

“Injustice which lasts for three long centuries and which exists among millions of people over thousands of square miles of territory, is injustice no longer; it is an accomplished fact of life.” 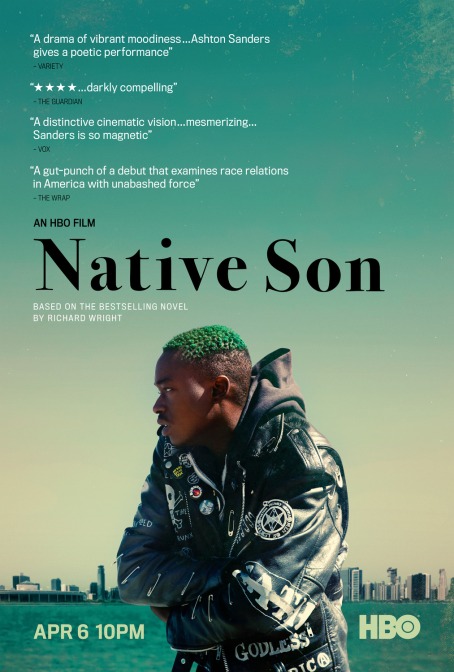 There were a lot of differences between the 2019 HBO adaptation of “Native Son” and the original 1940 novel; it was a contemporary re-imagining and some of the details had to be changed to make sense in a modern world. But the adaptation is certainly influenced by James Baldwin’s 1949 essay, Everybody’s Protest Novel, which would be basis for the collection of essays titled “Notes on a Native Son.” Baldwin denounces Wright’s characters as dimensionless and sensationalist: “For Baldwin, Bigger’s acts of rape and murder perpetuated dangerous stereotypes at a time when black men were lynched for less,” says A.T. McWilliams for The Atlantic. This film “reckon[s] with Baldwin’s damning critiques… [and] translate[s] Wright’s plot to modern-day America through a Baldwinian lens.”

Some of the important symbolism made its way into the movie, including the opening scene with the rat in the apartment, but I feel it was less powerful without being mirrored by the scene of Bigger’s capture at the end of the book. The movie downplays Bigger’s more brutal acts of violence and highlights moments of his humanity that we all recognize. And while I understand this approach, I don’t think I can support the decision to omit the lawyer Mr. Max entirely, including his speech at the climax of the book. In fact, the movie ends just before Bigger’s capture by police, and the book’s original sections of Fear, Flight and Fate have been reordered and shuffled around within the plot.

In his 1940 essay called How “Bigger” Was Born, Wright said that “all Bigger Thomases, white and black, felt tense, afraid, nervous, hysterical, and restless… I felt that Bigger, an American product, a native son of this land… is a product of a dislocated society; he is a dispossessed and disinherited man.” If that is the essential message of “Native Son,” then the film is a faithful adaptation, albeit loosely based. Wright said, “I don’t know if Native Son is a good book or a bad book… and I don’t really care. The mere writing of it will be more fun and a deeper satisfaction than any praise or blame from anybody.” 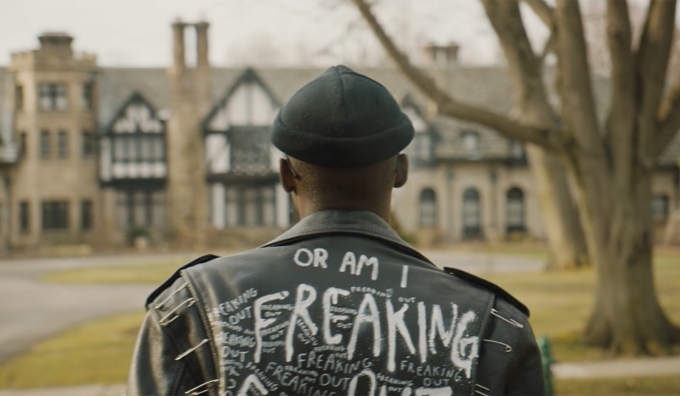