Many classic Hungarian flavors appear in this creamy mushroom soup, such as paprika, onion, dill, sour cream and lemon. This recipe is a version of the traditional gombaleves, which predictably translates into “mushroom soup.” It’s similar to a cream of mushroom soup because it uses a flour roux stirred into the soup as a thickener, but it’s a far cry from the cans of Campbell’s mushroom soup that you would find on the grocery store shelves.

END_OF_DOCUMENT_TOKEN_TO_BE_REPLACED

These cherry almond-amaretto bars are ridiculously good and easy to make. The amaretto gives the cherries a little kick (but nothing too strong). Experiment with different flavor combinations of fresh and dried fruit, zest and nuts to create a snack that’s perfect for you! 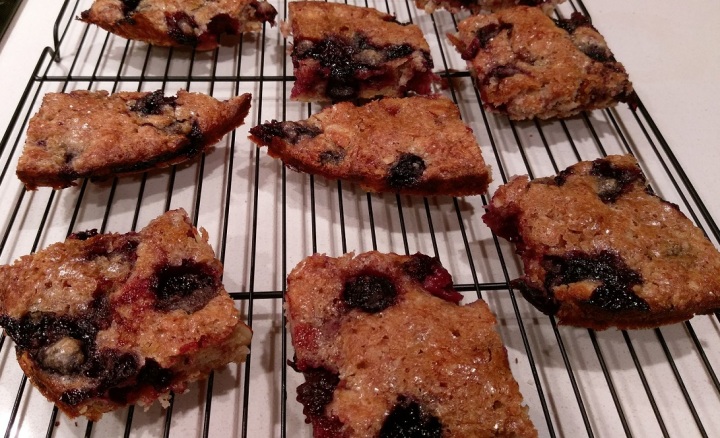