Many classic Hungarian flavors appear in this creamy mushroom soup, such as paprika, onion, dill, sour cream and lemon. This recipe is a version of the traditional gombaleves, which predictably translates into “mushroom soup.” It’s similar to a cream of mushroom soup because it uses a flour roux stirred into the soup as a thickener, but it’s a far cry from the cans of Campbell’s mushroom soup that you would find on the grocery store shelves. 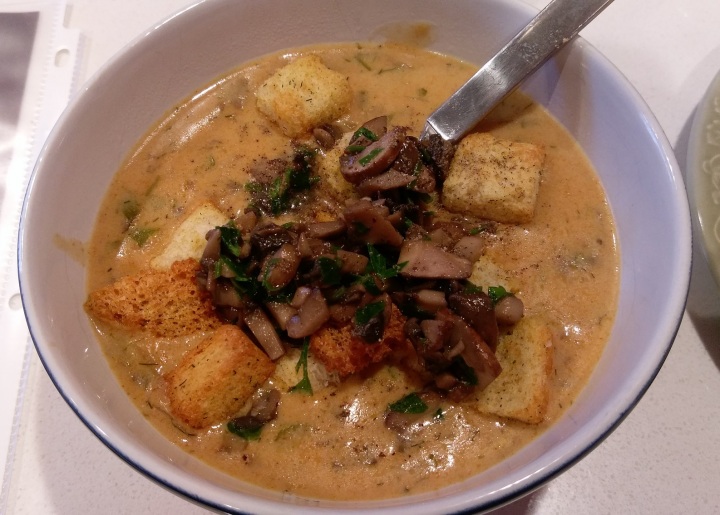 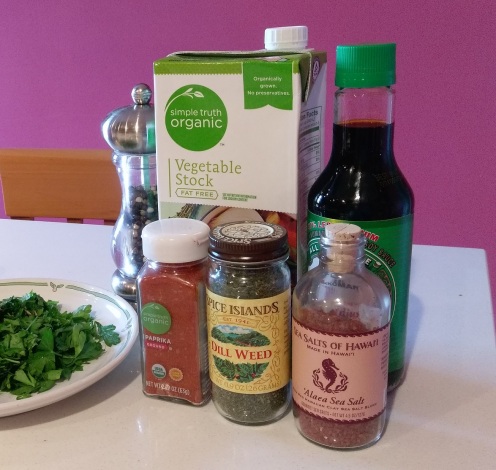 Modifications, Testing and Recommendations: This recipe is intended as an appetizer for several people – if you want to use it as a main course, make 1.5 times the recipe and it should be enough to feed about 5 people. I substituted vegetable broth for the chicken stock in the recipe, but a clear mushroom broth or mushroom bouillon could work nicely too.

The creamy soup is delicious topped with croutons and sautéed mushrooms and parsley. I served it with a light salad and some garlic bread. Although it was fairly warm outside and we ate in the backyard, my friends didn’t wait very long to start eating the hot soup. My friend is a flight attendant and said that this home-cooked meal (and some meditation) helped her transition back into life on the ground after living out of a suitcase while traveling for the last several weeks. 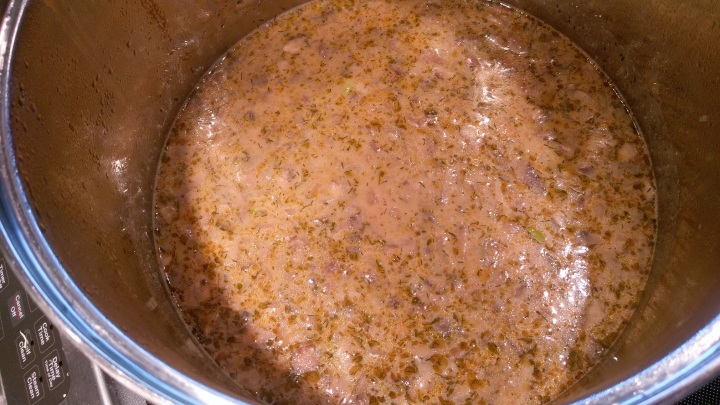