The 66-year reign of the Alaskan Way Viaduct has officially come to an end. I can’t say that I’m sad to see it go because it was an ugly, inefficient and unstable piece of Seattle’s infrastructure. But like many other pieces of the city’s history, it creates a small void when it’s suddenly gone. I was one of the 30,000 people who came to say goodbye to the Viaduct and be one of the first to travel in the new replacement tunnel in the Tunnel to Viaduct 8K earlier this month. 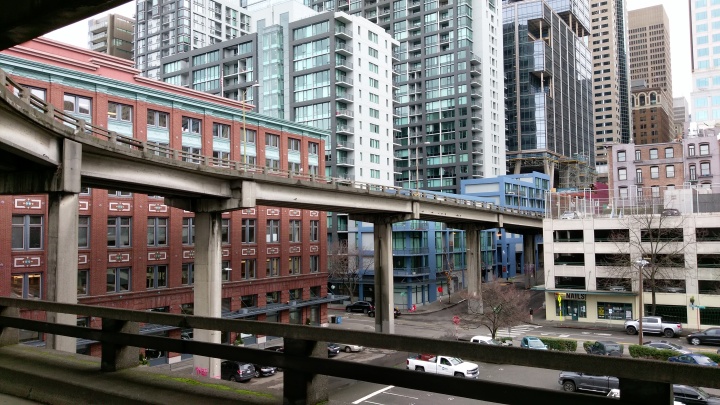 END_OF_DOCUMENT_TOKEN_TO_BE_REPLACED

As early as 2001, after the 6.8-magnitude Nisqually earthquake hit the Puget Sound area, officials have been discussing what to do with the Alaskan Way Viaduct. The double-decker roadway, which separates downtown Seattle from the waterfront of Elliott Bay, has been an integral part of people’s daily SR-99 commutes since it opened in the 1950’s. But the Viaduct sustained significant structural damage during the earthquake, and Seattle residents have been hearing about various plans and budgets to replace the Viaduct for almost 18 years ago. Now that it has been closed permanently to road traffic earlier this month, this officially marks the beginning of the end for the Alaskan Way Viaduct. 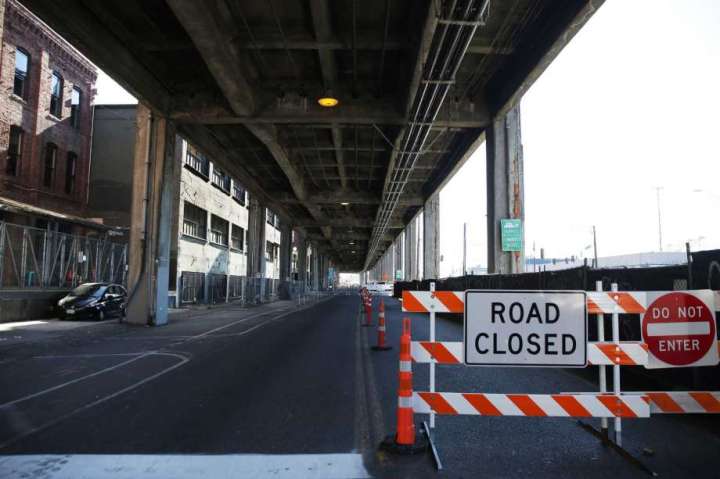 END_OF_DOCUMENT_TOKEN_TO_BE_REPLACED

Four years ago, I wrote a post about the ongoing saga of Seattle’s Alaskan Way Viaduct and Big Bertha, the massive drill that would bore her way under our streets to make way for an expensive new tunnel that will be everything that was promised. It was predicted that the project would cost $4.25 billion, that digging would be completed by the fall of 2014, and that the underground roadways would be open in 2015. Oh, my sweet naive child. How very wrong we were. This is not the final verse of the Epic Poem of the Viaduct, merely the next one, continuing on into eternity.

END_OF_DOCUMENT_TOKEN_TO_BE_REPLACED

Gather ‘round children, and I will spin you a tale as old as time itself: Seattle’s Alaskan Way Viaduct. Originally completed in 1953, the Viaduct was created to alleviate traffic congestion from trucks, trains and wagons bringing cargo to and from the Port of Seattle. Transportation studies showed that the best way to control port traffic was to have two north-south corridors running between downtown and the waterfront: the Viaduct was created first because the City of Seattle already owned the land, and I-5 was added in the 1960’s.