As early as 2001, after the 6.8-magnitude Nisqually earthquake hit the Puget Sound area, officials have been discussing what to do with the Alaskan Way Viaduct. The double-decker roadway, which separates downtown Seattle from the waterfront of Elliott Bay, has been an integral part of people’s daily SR-99 commutes since it opened in the 1950’s. But the Viaduct sustained significant structural damage during the earthquake, and Seattle residents have been hearing about various plans and budgets to replace the Viaduct for almost 18 years ago. Now that it has been closed permanently to road traffic earlier this month, this officially marks the beginning of the end for the Alaskan Way Viaduct.

I’d like to take a moment to review a previous story I wrote about the Viaduct in 2013: “The project is estimated to cost approximately $4.25 billion, with tunnel boring beginning earlier this month and roadways opening in 2015.”

Now let’s another look a similar story I wrote in 2017: “The [boring drill] was eventually hoisted to the surface for repairs in March 2015; after numerous delays, Bertha did not resume digging until December that year. The machine’s accumulated idle time is nearing the 2-year mark.”

So how do the actual figures stack up against the optimistic predictions made 5 years ago? The delays caused by Bertha cost an additional $223 million in cost overruns. In December 2016, Washington State Department of Transportation (WSDOT) notified Washington Legislature that they needed $149 million to complete the project, which was broken up into several payments over 2017-2018 that came from state and local sources. 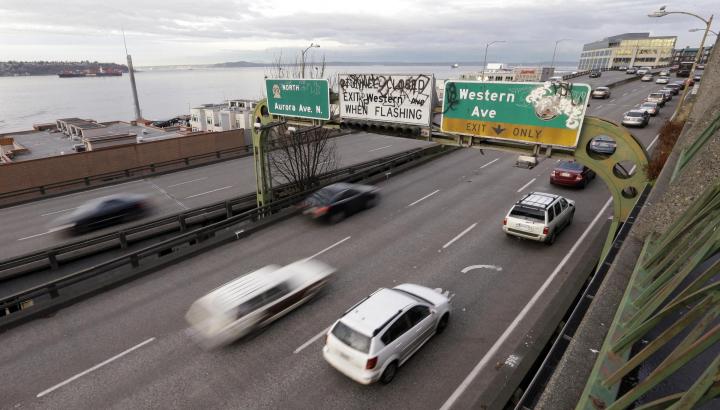 Before the roadway closed for good on January 11, 2019, the Alaskan Way Viaduct carried 110,000 vehicles every day – and now those cars need to go somewhere. Until the city’s Link light rail Northgate expansion opens in 2021, we are entering what City Hall has called a “period of maximum constraint.” The three weeks between the closure and early February, when the new SR 99 tunnel is predicted to open, is now referred to as “Viadoom,” and the resulting traffic is the “Seattle Squeeze.” Precautions are in place to mitigate the traffic congestion, such as expanded hours for the waterfront shuttle, more water taxi vessels that now accept payment with Orca transit cards, and rideshare companies like Lyft providing discounts for rides to water taxi docks, light rail stations and park and rides. But if you thought Seattle had notoriously bad traffic before now, it’s about to get a lot worse, but it’s still unclear just how all the

There are plenty of emotions regarding the Alaskan Way Viaduct being expressed in Seattle right now: nostalgia that a prominent fixture of downtown will soon be gone; apprehension that the ninth-worst traffic in the US will get even more snarled; hope that the “Seattle Squeeze” will prompt commuters to turn to public transportation or carpooling permanently; resignation that there’s nothing to do but simply survive the next several weeks; frustration that a car-focused solution is hugely detrimental to our work against climate change; cynicism that the tunnel will need even more additional time and funding before opening to the public in February; and whatever emotion this is:

“I like it because it represents the grit of old Seattle,” said a 27-year-old woman interviewed for this CityLab article published earlier this week. “There’s a certain thrill in feeling like you might die on your way to Costco.”

While this is unquestionably the beginning of the end for the the Alaskan Way Viaduct, an epic poem that stretches through the ages and across generations, it’s not quite over yet. Stay tuned as I complete the Tunnel to Viaduct 8K to enjoy some final memories unblemished by drivers who don’t know how to zipper merge, the SR 99 toll tunnel eventually opens and the structure finally comes down.

But for now, enjoy Seattle’s The Argument performing an original song, “O, Viaduct!” 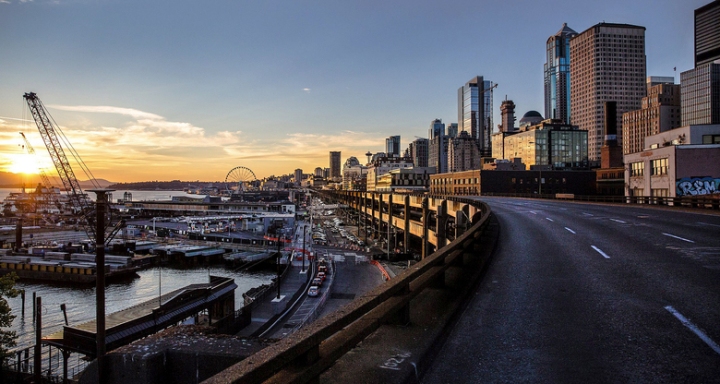