Four years ago, I wrote a post about the ongoing saga of Seattle’s Alaskan Way Viaduct and Big Bertha, the massive drill that would bore her way under our streets to make way for an expensive new tunnel that will be everything that was promised. It was predicted that the project would cost $4.25 billion, that digging would be completed by the fall of 2014, and that the underground roadways would be open in 2015. Oh, my sweet naive child. How very wrong we were. This is not the final verse of the Epic Poem of the Viaduct, merely the next one, continuing on into eternity. 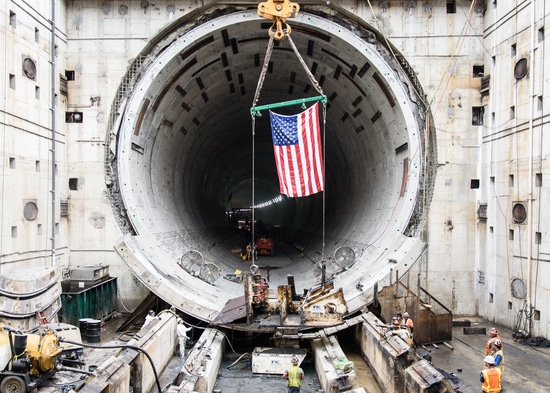 Many local voices anticipated that the project would eventually end up behind schedule and over budget, but no one could have predicted that Bertha’s dig would be impeded by a buried obstacle. The boring machine was designed to grind through solid rock, so it must be something serious to bring Bertha grinding to a complete halt. In a hilarious twist of fate, Bertha was blocked by leftovers from an older digging project in 2002 – just one year after the Nisqually earthquake, whose damage to the Viaduct originally began the whole discussion of replacing the structure with a tunnel. The steel well casings were used to evaluate the soil and water underground, and damaged Bertha’s cutting blades so much that they needed to be replaced before continuing.

It wasn’t long before Bertha encountered another obstacle to overcome. After months of stagnating underground, she finally was able to start back up again – only to overheat shortly after being restarted. The expensive specialized machinery couldn’t be repaired on-site, and Bertha (like the personification of time itself) cannot move backwards, only forwards. Workers were forced to dig an additional hole, reinforced with more concrete and steel, to lift the cutting disk out with cranes.

Removing the disk created a host of other issues: the groundwater pumping system for the new hole caused structural damage to South King Street, as well as cracks in nearby sidewalks and buildings. More engineers were consulted about how to remove large parts of Bertha without triggering the collapse of nearby structures in downtown Seattle. The machine was eventually hoisted to the surface for repairs in March 2015; after numerous delays, Bertha did not resume digging until December that year. The machine’s accumulated idle time is nearing the 2-year mark.

As 2016 dawned over Seattle, a sinkhole formed about 100 feet away from Bertha’s current position, most likely due to crews not back-filling enough. Former city council member Peter Steinbrueck told local news source KTHH that, “This was a massive collapse due to over-excavating.” The sinkhole was filled with enough concrete for 22 cement trucks – approximately 713,915 pounds. But the project’s contractor, Seattle Tunnel Partners (STP), felt that WSDOT should compensate for their crew’s time during the stoppage due to the sinkhole. “It’s not the first time we have disagreed,” said Todd Trepanier with WSDOT. “They think the stop was not appropriate.”

By the end of April 2016, Bertha’s progress prompts Highway 99 to close for at least two weeks, displacing the 90,000 daily commuters who use it, while the machine digs a 385-foot section underneath the aging Viaduct. After a routine machine maintenance at the 3,000-foot mark, WSDOT came forward in July and asked for more money. “We’ve had a delay that’s affected our schedule, that’s affected our budget,” said acting Secretary of WSDOT Roger Millar to the state legislature’s joint transportation committee. “To keep the project moving to completion, we anticipate the need for an additional $60 million.” 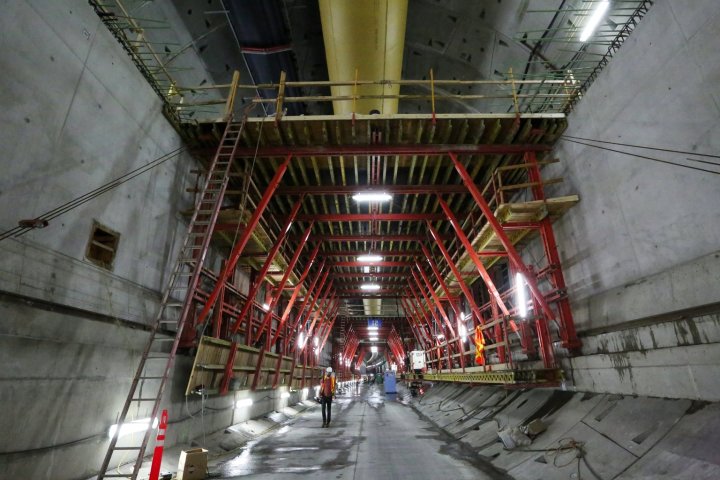 There was a small hiccup with the operator’s liability insurance on September 1, 2016: their license expired on August 31 because that was the original completion date projected by STP. The insurance is renewed and crews resume work after just a few hours, but the brief pause reminds us that the Epic Poem of the Viaduct is far from over. Bertha’s progress is now nearly 60% complete. Routine digging and maintenance under First Avenue and the Pike Place Market brings the project into the new year until March 2017, when STP alters Bertha’s direction to correct the machine veering off alignment by 6 inches. 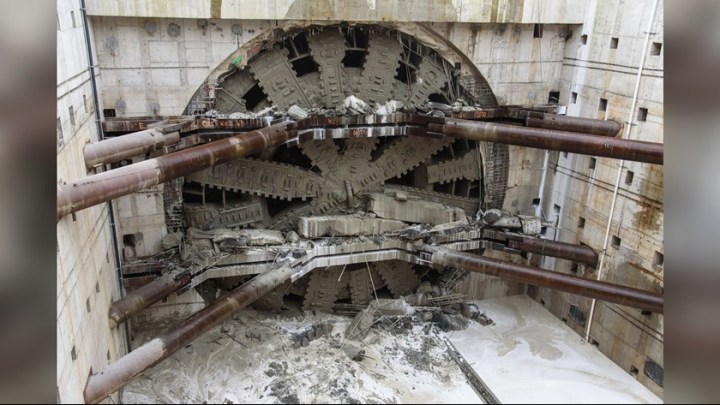 Finally, in the first week of April 2017, Bertha breaks through after four years underground. The 7,982-ton machine left behind a 1.7 mile tunnel with a diameter of 60 feet, and now sits in a “disassembly pit” to be cut into 20-ton pieces to be hauled out with cranes. Some parts can be reused for other projects, while most will be recycled. Some will even be donated to Seattle’s Museum of History and Industry. The final piece was removed this week on August 23.

The tunnel is only the first step to replacing the Viaduct: a two-level highways must be constructed, complete with light, ventilation, and fire safety. WSDOT will test more than 8,500 factors over the next two years before allowing traffic through. Although the projected completion date has been pushed back to early 2019, it looks like this is finally the beginning of the end for Seattle’s Viaduct.