Everyone loves a crossover episode, when your favorite characters from one show join forces with the characters from a completely different show to reach a common goal. I teamed up with Sara from “Adventures of a Hungry Ginger” and a few other friends, and our goal was to cook up a ton of Greek food and eat it all. 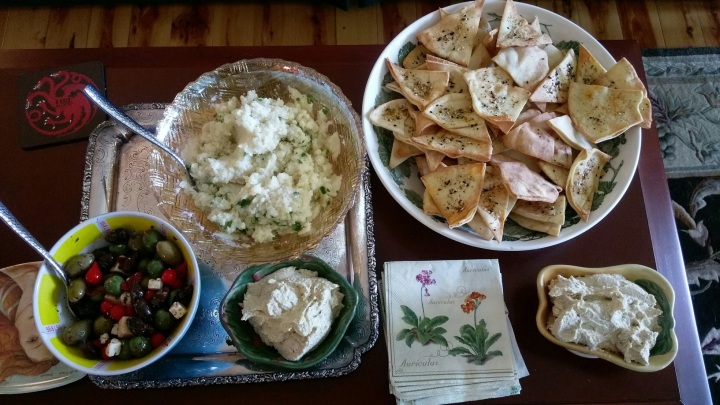 All of my favorite Greek restaurants have several things in common: large groups of people eating together, lots of courses to share between everyone, and plenty of flavor! I was in charge of making an appetizer, so I made a couple of my favorite dips.

Skordalia and Hummus with Pita Chips: Skordalia is a thick puree of potatoes, garlic, lemon juice and olive oil. Hummus can be found all over the Mediterranean and Middle East, but there are slight variations depending on local tastes. Other classic Greek dips include tzatziki, feta cheese, tahini, baba ganoush and roasted tomato spread. 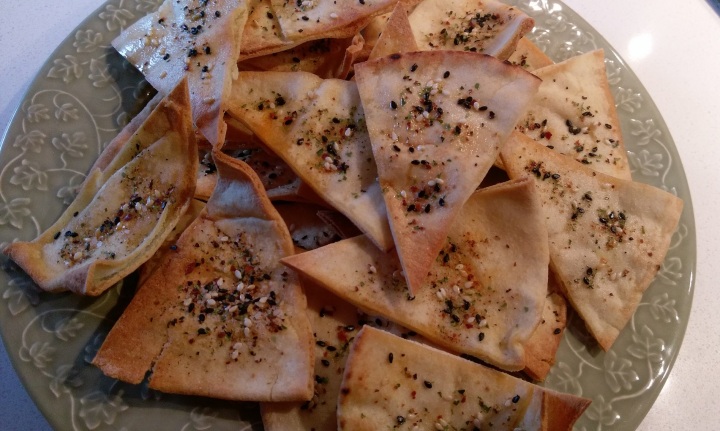 Other highlights from our Greek feast included: