This recipe is a bonus because it’s “just” a dessert, while the other recipes I’ve explored can be considered a full meal on their own (or at least the centerpiece of one). I usually don’t plan any big gestures for Valentine’s Day, and would much prefer to make food from scratch with people I care about. I’ve often said that cooking is my love language: if I cook for you, it means that we’re friends. So thank you to everyone who has been taste-testing these recipes with me! 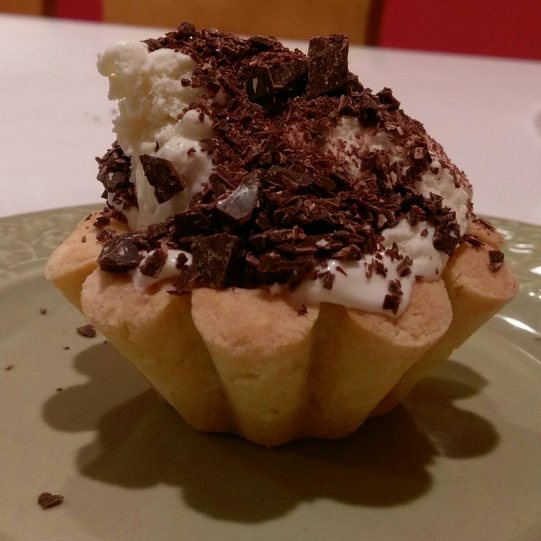 Mandelmusslor is a traditional Swedish shortbread cookie, usually made around Christmas time. It translates literally into “almond mussel” or “almond seashell” because of the delicately scalloped edges of the metal cookie tins. The cookies are baked into little cups that can be filled with whipped cream, fruit preserves, ice cream, fresh berries or anything else you want. This recipe isn’t from a cookbook, but handed down on my dad’s side of the family from my great-grandmother La, who emigrated to the United States when she was a young girl. While I’m not going to hand out my secret family recipe, there are tons of mandelmusslor recipes online that look almost identical – including this one from My Danish Kitchen.

“Cooking is like love: it should be entered into with abandon or not at all.” – Harriet Van Horne

The most labor-intensive part of mandelmusslor is shaping the dough in the special tins it requires. The ones pictured above are the traditional shapes, although you can find more decorative ones in similar sizes. It’s tricky to find a balance between making the dough thick enough to keep the scalloped edges intact when you tap the cookies out, and making the bottom thin enough to cook all the way through. Because the dough shaping takes time, and the recipe is largely butter, you will want to refrigerate them before putting them in the oven. 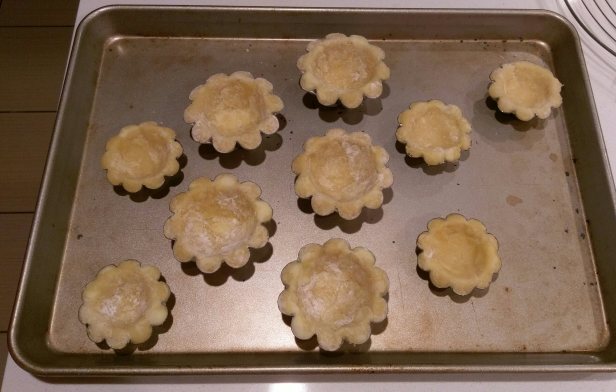 You don’t need to grease the tins before adding the dough, and keeping your fingers dusted with flour is immensely helpful as the butter starts to soften from being handled. Do not attempt this recipe without an electric mixer – the butter must be fully creamed before adding the other ingredients, and the dough is easiest to mold when it’s crumbly. Make sure you have enough tins to accommodate the entire batch of dough because the cookies take time to cool down in the tins.

One thought on “February: Mandelmusslor”