Edible Seattle leaves free copies of back issues out for people to take in several places around my neighborhood, including one of our favorite breakfast spots. I’ve picked up a number of different copies along the way, so this probably won’t be the last Edible Seattle recipe I explore this year. 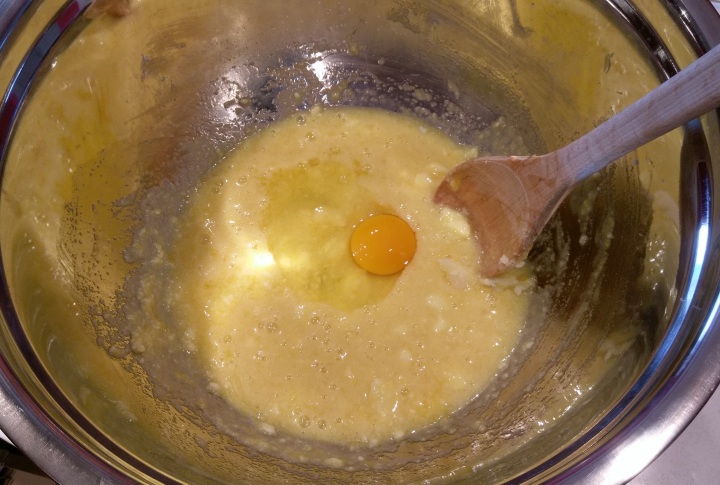 Modifications, Testing and Recommendations: The first thing to make note of is the recipe online has some kerning (the space between letters) issues, so it’s fairly easy to misread the amount of ingredients needed. It doesn’t call for 13/4 cups (or 3.25 cups) of flour, but instead only needs 1 and 3/4 cups. The original printed recipe did not have this problem.

The cake is very easy to make. I used black seedless grapes, and R.L. Buller & Son Muscat fortified wine from Australia. If the cake is well received, I would recommend making it twice: even though the dessert wine is sold in small bottles, the wine is so specialized that I can’t imagine another use for it except for this cake. The bottles at the store had dust on them so they aren’t exactly flying off the shelves.

I used a greased and floured a springform pan instead of using a pan lined with parchment paper, and I had no problems. If the cake is dry, serve it with a small bunch of grapes on the plate. You don’t need glaze or frosting because the grapes baked in sugar on top add just the right amount of sweetness.